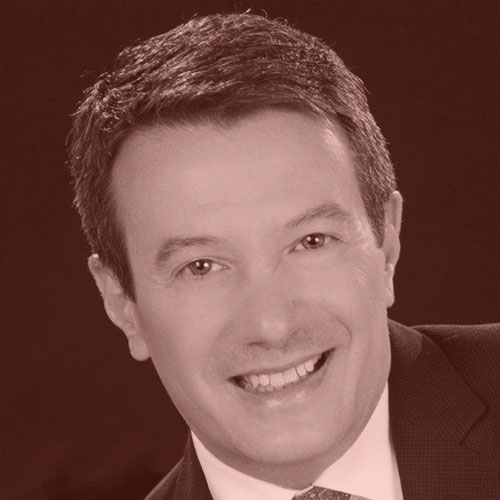 As one of the founders and current Group President, AMResorts® Americas & Global Commercial, Gonzalo del Peón has played a decisive role in defining and consolidating the company's business model and organizational structure, making AMResorts® one of the leading hotel chains in the world within the luxury tourism segment, generating more than 30,000 direct jobs and more than $4.4 billion in investments.

Gonzalo has been part of the AMResorts® executive team since its inception in 2001. Prior to joining the Newtown Square-based company, he played an important role in the growth and development of Grupo Posadas in Mexico and Latin America. During the 14 years that he collaborated in this company, he acquired extensive experience and held various positions, including Marketing Director, Director of Strategic Planning and Innovation, and Vice President of Sales and Marketing. Previously, he held the position of Project Manager for Commercial Technical Equipment in Bilbao, Spain, as well as Brand Manager at Procter & Gamble in Mexico City.

Gonzalo has earned a reputation for excellence and has been recognized by industry leaders in Mexico and the Caribbean for his professional achievements. In 2016, he was honored with the prestigious “La Llave del Progreso” award in the Hotel Executive Category. Presented by AMAIT Abastecedores Turísticos A.C, the “Key to Progress” award celebrated his dedication and contribution to the growth and development of Mexico’s tourism industry. In addition to his professional career, he has played an effective role on the Marketing Committee of the Tourism Promotion Council of Mexico since 1999. He has also been designated one of the Vice Presidents for the Asociación Nacional de Cadenas Hoteleras (ANCH), known as Hoteles Por Mexico.

Gonzalo earned a Master of Business Administration at the Pan-American University’s PanAmerican Institute for High Business Direction (IPADE), and a degree in International Marketing at the Bilbao Chamber of Commerce and Industry in Spain. Gonzalo lives in Newtown Square, Pennsylvania with his wife and two children. 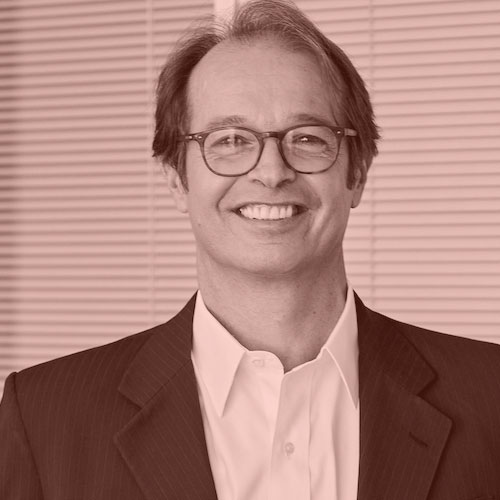 Eduardo began his career in the consumer goods industry, working for Nestlé Beverage Company in the United States and for Procter & Gamble in Sao Paulo, in the Supply Chain and Sales sectors respectively. After that, he joined A.T.Kearney, acting as a consultant for companies in the consumer and services sector in various projects involving strategy and operations for six years. He then turned to the telecom sector during the privatization of Telebrás. Working for Claro, he was initially responsible for the Value Added Services/Data unit and later for the merger of Operadores BCP (Sao Paulo Capital) and Tess (Sao Paulo Interior) and co-led the development and launch of the Claro brand nationwide. He was in charge of Claro’s Sao Paulo unit and Claro Empresas. Giestas was also the CEO of Equifax in Brazil and Vice President of Marketing and Sales for Time4Fun, the largest live entertainment company in Latin America. His first experience in the hospitality industry took place in Costa do Sauípe as CEO and member of the board of directors for five years, responsible for the recovery and sale of that venture. Afterwards, Giestas joined Laureate International Universities, the largest higher education group in the world, initially as CEO of Universidade Anhembi Morumbi and BSP. Later, he led the integration of the newly acquired FMU, creating the Laureate Sao Paulo unit, which presents the largest results in the entire group. Since January 2017, he is the CEO of Atlantica Hotels International. Eduardo is a business manager and has a bachelor's degree from George Washington University, in Washington D.C. (USA). 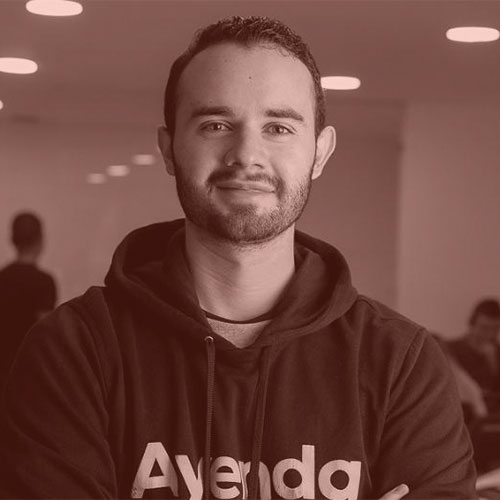 Andrés is the CEO and Co-Founder of Ayenda Hotels, the largest hotel chain in Colombia with +160 hotels and recently with presence in Peru. Investors includes Kaszek, Irelandia Aviation and Softbank. 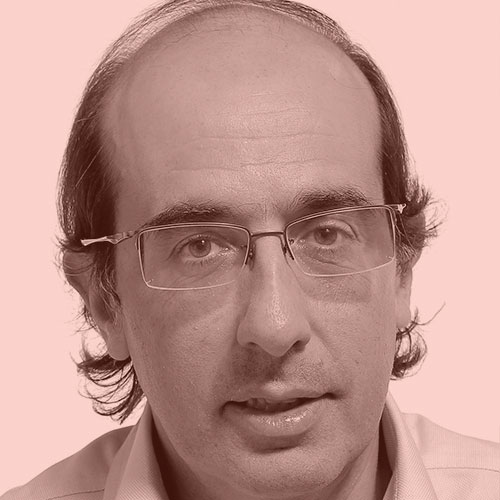 Damián Scokin joined Despegar in December 2016 and has served as our Chief Executive Officer (“CEO”) since February 2017 and as a member of our board of directors since April 2017. From November 2014 to November 2016, prior to becoming our CEO, Mr. Scokin was the CEO of Ultrapetrol (Bahamas) Limited (“Ultrapetrol”), where he continues to be a member of the company’s board of directors. Mr. Scokin helped navigate Ultrapetrol through its negotiations with creditors as a result of adverse market conditions in the energy and natural resources sectors, which, subsequent to his departure as CEO of the company, resulted in the filing of a Chapter 11 prepackaged reorganization plan agreement with a U.S. bankruptcy court at the beginning of 2017. From 2005 to 2014, Mr. Scokin held several positions within the LATAM Airlines Group. From 2012 to 2014, Mr. Scokin served as CEO for LATAM’s International Business Unit, where he was in charge of leading the merger and integration process of LAN Airlines, the biggest airline in Chile, and TAM Linhas Aereas, one of Brazil’s leading airlines. Prior to the merger process, Mr. Scokin worked as CEO for the International Business Unit of Lan Airlines in Chile and as CEO for LAN Argentina before that, where he was in charge of the company’s startup and early development in Argentina. Mr. Scokin started his career in 1995 as an associate of Mckinsey & Company in Boston, where he eventually became partner. Mr. Scokin holds Bachelor degrees in Economics and Industrial Engineering from the University of Buenos Aires and a Masters in Business Administration from Harvard Business School. 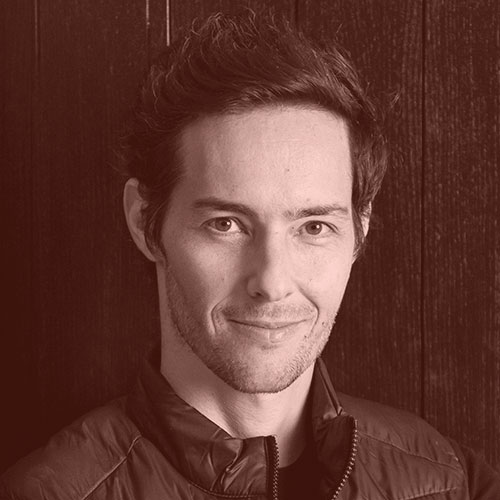 Alexandre Lafer Frankel is The founder and CEO of Vitacon S.A, a Brazilian real estate developer, company in the development and construction of residential and commercial buildings in the best regions of São Paulo,and also de founder of Housi.com, a digital platform for people who wants to live on demand.

We believe in a new urban lifestyle. Mobility and the priciple of share cars, bikes and other things are present in all Vitacon projects.

Compact spaces and simplify the lives of locals, with intelligence and efficiency, have made Vitacon leader in this segment and reference in the concept of life to measure.

Elected sustainable citizen in 2013 and young entrepreneur of the year in 2014 by LIDE, Frankel pretends to reinvent life in a Big City. 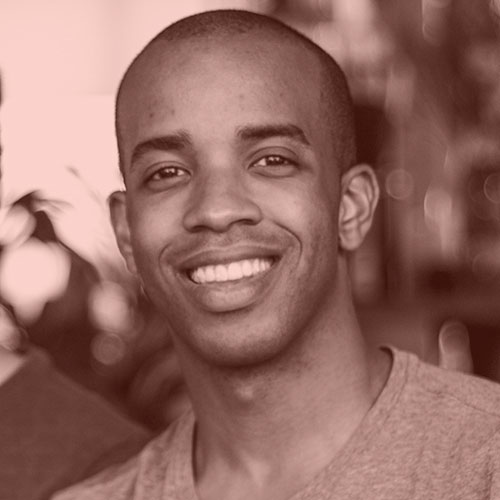 Kyle Wiggins is the Co-Founder and CEO of Keteka, a global digital booking platform that connects local guides and operators in emerging markets with the world's travelers. Keteka partners with over 500 local guides and operators throughout 18 countries in LatAm, and has amassed a unique inventory of over 2500 experiences. Prior to founding Keteka, Kyle served as a Community and Economic Development Peace Corps Volunteer in Colón, Panamá, where he focused on building sustainable tourism projects in rural and indigenous communities throughout the country. Kyle received his undergraduate degree from Harvard, and was born and raised in Dallas, TX.

Mr. Comeau is responsible for overall strategic and operational leadership at Phocuswright. Pete oversees all aspects of Phocuswright's commercial activities including product, sales and service, and marketing. He also plays a key role in product development and business development strategy for Phocuswright research, events and media businesses globally. Pete is a frequent speaker at industry events and heads Phocuswright's coverage of startups and innovation.

Mr. Comeau's travel industry career spans over two decades. Previously, he managed strategic partnerships at Orbitz in Chicago, where he assisted in growing and managing accounts for the Orbitz Partner Network. Prior to Orbitz, Pete was the sales leader at Moguls Mountain Travel, a ski tour wholesaler in Boulder, CO. He helped design, implement and maintain four reservation systems during his tenure and managed and mentored a team of successful sales agents. 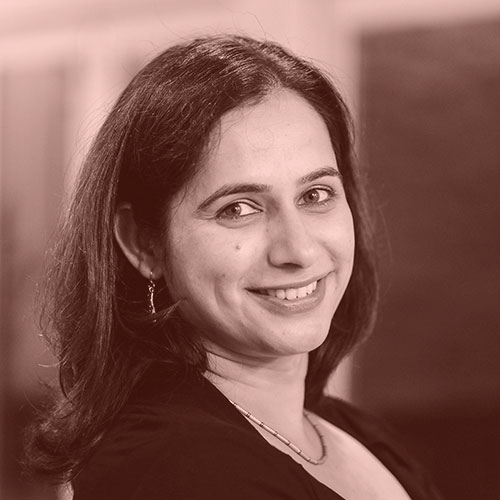 Ms. Fadnis leads Phocuswright's research team and is focused on delivering high quality data, intelligence and insights that help customers make strategic decisions. She previously worked at Phocuswright from 2014 to 2016 and recently returned to take on responsibility for research content, delivery and setting product direction. Charuta has broad experience across the industry and has worked across various functions at American Airlines, Egencia and BCD Travel. Her expertise lies in uncovering and applying technological and market trends to strategy, product development and marketing. Charuta holds an M.B.A. from HEC Paris and a Bachelor of Engineering from Saurashtra University, India. 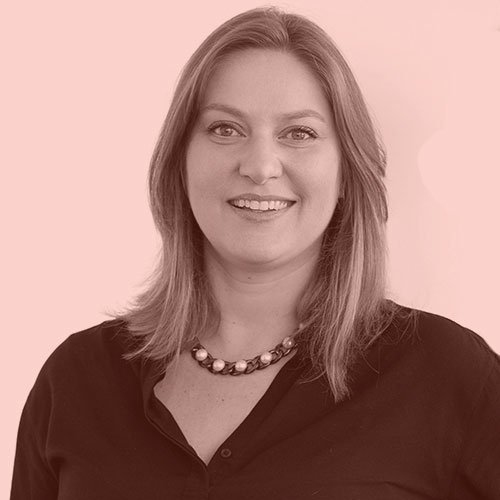 Mrs. Haro's research focus is on consumer behavior and trends. During her 15 years in the hospitality industry, Carolina has held management positions in major hotel chains in Brazil. For the past five years, she has been a managing partner of Mapie, one of the most recognized hospitality consultancy and research companies in the country. Her Ph.D. thesis is about knowledge management in international hotel chains, and she has conducted major research to identify guest behavior and consumption standards as well as what millennials want for the future hotel. Carolina Sass de Haro is a true global citizen in love with different cultures, having lived in Thailand, Austria and Spain and has visited more than 30 countries.

Mrs. Neves is focused on human resources behavior and change. Her research is based mostly on changing patterns in the travel industry's work force. During Tricia's 15 years in the hotel industry, she has held management positions in major hotel chains in Brazil. For the past five years, she been a managing partner of Mapie, one of the most recognized hospitality consultancy and research companies in the country. Tricia's post graduate is in human resources management and she holds a bachelor's degree in hotel management. 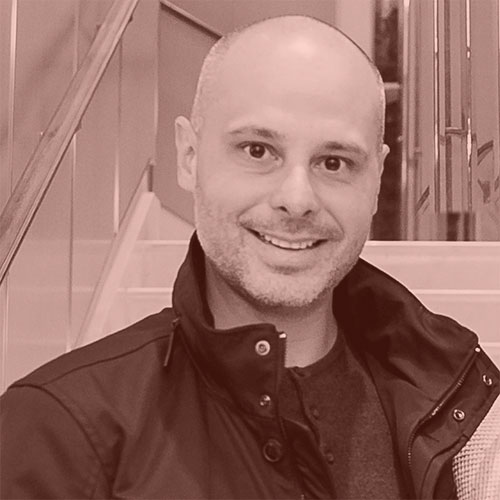 Graduated in Business Administration from ESPM and a major in marketing, he also attended the M&A program at the New York Institute of Finance and the Owners and Presidents Management Program at Harvard Business School for three years in Boston, USA.

In 2012, sold a minority stake in Pmweb to Responsys, a Silicon Valley-based company and was responsible for bringing to Latin America the Responsys Interact Suite platform and consolidated the culture of lifecycle marketing in this market, and is today a leader in Data Driven Marketing for Retail, Airlines and Hospitality in Brazil.

In December 2017 Pmweb was bought by the WPP group.

Connect with our team for more information about LatAm/Talk or to become a sponsor or ambassador.